Posted on November 27, 2020 by Stefania Sarrubba No Comments

The film by director Aneesh Chaganty, who penned the script with Sev Ohanian, presents an idyllic mother-daughter bond. At a first glance, Diane (Paulson) is a loving, empowering mother to her teenage, homeschooled, disabled daughter, Chloe (Allen). Diane is Chloe’s sole caretaker. Despite her apprehension, she wishes nothing but the best for her kid. Namely, finally going to college, dating, traveling, and more. Their relationship is genuinely tender, offered through a montage of domestic moments of trivial intimacy, such as conversations over dinner and inside jokes. For a minute there, viewers might think they’re watching some sort of reboot of Gilmore Girls.

The believable chemistry between the two actresses makes Diane’s intricate web of lies all the more disturbing as it starts to unravel. The woman is keeping a dark secret from Chloe, one the audience is let in on from the prologue. A younger Diane is at the hospital after giving birth to her premature daughter. The opening title card suggests the baby suffers from multiple conditions, including asthma and diabetes, as well as paralysis. It isn’t clear whether the newborn did survive her challenging first weeks in an incubator.

Yet seventeen years later, Chloe is a young woman ready to take on the world. She presents all the conditions indicated in the opening scene. Nonetheless, she’s not going to let any of them stop her from following her dream to enroll at the University of Washington.

Run does a great job at not letting the character be defined solely by her disability. The movie is a huge moment for disability representation, being the first mainstream thriller in seventy-two years to feature an actress in a wheelchair. In 1948, noir The Sign of the Ram starred wheelchair user Susan Peters as the movie’s protagonist, in what was the actress’ final role.

Chloe is a layered character whose disability is but an element making up her identity. Funny and inventive, she’s a robotics nerd, as well as absolutely able to take care of herself. To use Diane’s own words to a group of fellow homeschooling parents, ‘Chloe is the most capable person I know.’ She says that as other parents weep copiously at the thought of their kids flying the nest. But Diane isn’t afraid nor sad, confident that Chloe has a bright future ahead.

In Run, Diane’s progressive, liberal attitude conceals the woman’s unspeakable deceit. Beneath the surface of her relationship with Chloe lies a far more sinister reality. An increasingly suspicious Chloe finds out that the pills Diane has been giving her to treat her heart condition aren’t what she thinks. Those green and gray pills are, in fact, a muscle relaxant for dogs. If ingested by humans, they can cause leg paralysis.

After Chloe attempts to escape, Diane locks her up in their house basement. There, Chloe discovers she isn’t sick, nor is she Diane’s biological daughter. This major twist feeds off the many real-life stories of children who have been abused by their care-giver. Specifically, the abuse linked to a condition known as Factitious disorder imposed on another, also referred to as Munchausen Syndrome by proxy. This happens when a caregiver exaggerates or deliberately causes symptoms of illness in someone else in order to seek attention or elicit sympathy.

One of the most notable, real-life cases of Munchausen by proxy is that of Dee Dee Blanchard and her daughter Gypsy Rose. Blanchard would fabricate Gypsy’s symptoms, claiming she had leukemia, asthma, and muscular dystrophy, as well as suffering from brain damage as a result of being born prematurely. Dee Dee was killed in 2015, with Gypsy admitting to the murder plot with boyfriend Nicholas Godejohn, the one stabbing the woman to death. The events were reconstructed in 2017’s HBO documentary Mommy Dead and Dearest. The mother-daughter relationship and subsequent murder are also at the center of Hulu’s The Act. Premiered in 2019, the limited series star Patricia Arquette and Joey King as Dee Dee and Gypsy respectively.

Unlike Gypsy Rose, Chloe never seems or acts vulnerable around her mother. The protagonist of Run isn’t a victim; she’s the hero of the movie. Viewers identify with Chloe. They root for her to break free from the shackles her mom has created. They smirk at the big final twist which completely flips the power dynamics at play.

Chloe is still on the fence about whether to trust Diane. Not understanding the depths of the abuse forced on her, the young woman is confused and further manipulated by her carer. Significantly, seeing her own dreams shattered acts as a catalyst for change on two occasions.

While in the basement, one specific object prompts Chloe to take action against Diane. Upon seeing the acceptance letter from the University of Washington her mom had kept from her, the protagonist instantly knows she had to go to great lengths to gain her freedom. She drinks a household poison, staring right into Diane’s eyes.

At the hospital, Chloe’s case is treated as a suicide attempt. To prevent her daughter from being questioned about her family situation, Diane kidnaps her. History repeats itself. Diane does what she did seventeen years prior, taking baby Chloe from her biological parents. This time, however, Chloe is anything but helpless.

Once again, it’s understanding her aspirations are at stake that helps her muster the courage to act. As Diane is trying to take her away, Chloe spots the banners of the University of Washington. She realizes that that wing of the hospital is the university’s medical campus. That’s when Chloe plants her feet on the ground, giving the security guards the time to reach them and stop Diane. The woman falls down a flight of stairs, with viewers left in the dark as to whether she has survived the impact.

Run has a circular structure, with the roles reversed dramatically in the epilogue. Seven years later, Chloe is radiant. She has partially regained the use of her legs, but this isn’t why she looks so accomplished. She has a spouse and a daughter, and develops prosthetics for children as a living. The audience learns this as she goes through security in prison to visit a bedridden Diane, whom she still calls ‘mom.’

By keeping in touch with Diane, Chloe chooses to share her life with the woman who segregated her. It wouldn’t be unlikely for Chloe to have forgiven Diane, to still want her ‘mom’ be around, as such a history of abuse comes with complicated feelings of co-dependence. Chloe’s sharing about her career and new domestic life might remind the audience of those initial conversations at the dinner table. Except Diane can’t talk back. At first, viewers are led to believe the woman is paralyzed and unable to speak as a consequence of the fall. But then Chloe reveals she has smuggled those exact green and gray pills into the prison.

Once again, Chloe stares into Diane’s eyes. Run ends on a closeup of Chloe as she delivers that powerful last line. This final scene also reverses the viewer’s expectations of Chloe, consistently depicted as a character not capable of doing any harm. But years of abuse have taken a toll. Dissimilarly to the violent epilogue of Gypsy Rose Blanchard’s story, Chloe doesn’t want Diane to die. Not immediately, at least. The protagonist wishes for her ‘mother’ to suffer in the same way she did at her hands. Chloe’s revenge consists in giving Diane a taste of her own medicine — literally. 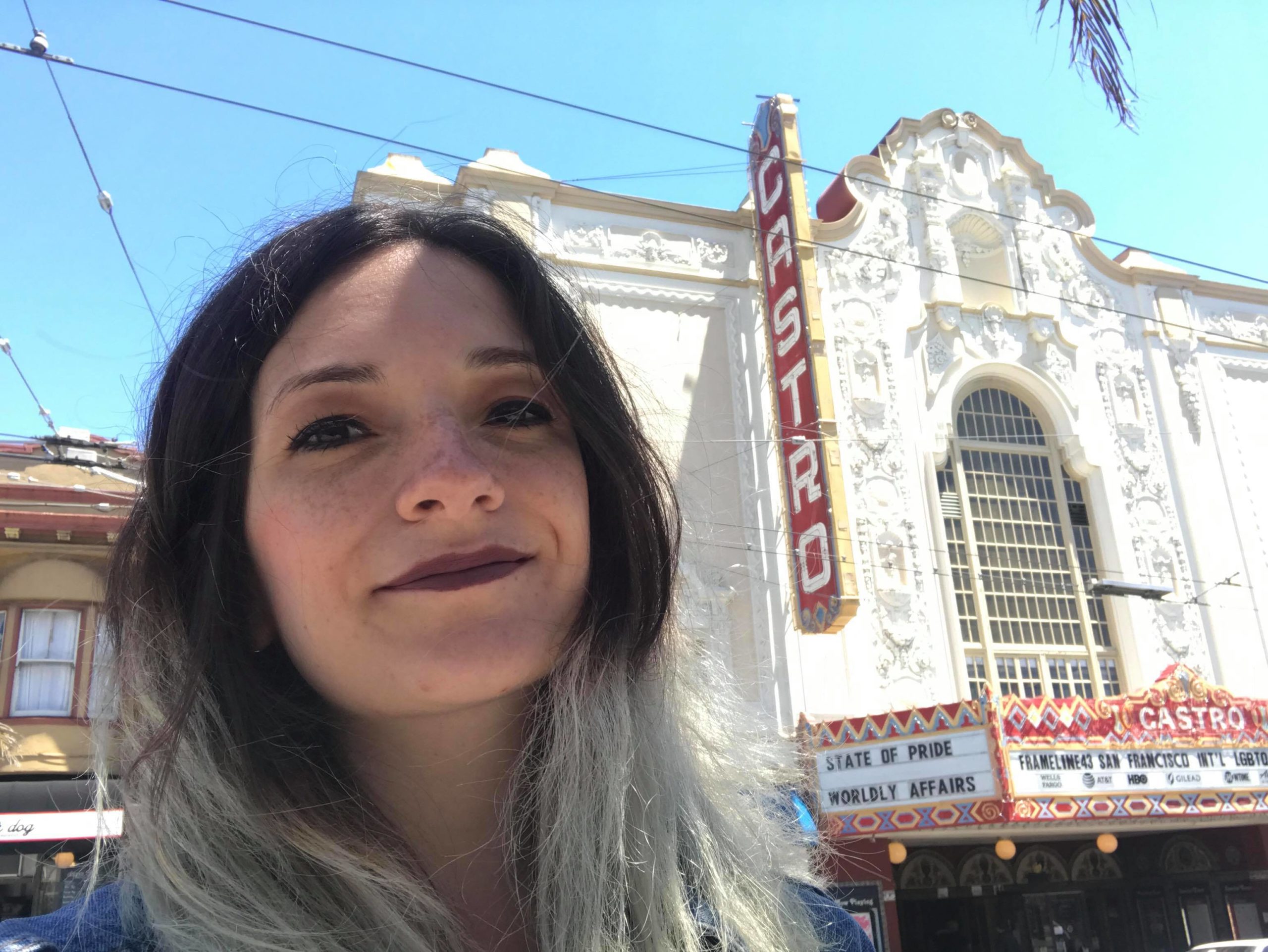 Dad’s are the best. Their terrible jokes, loud, often rude[…]

Non-Horror Directors That Made An Impact In The Genre

The horror genre is often attributed to a number of[…]